Mistakes are Common – The Right Response Is Often Uncommon

Every 4 years much of the world turns its attention to the Olympics.  Despite decreased ratings, many took notice of the Summer Olympics in Rio.  Swimming and gymnastics received an overwhelming share of NBC’s prime-time coverage during the first week of the Olympics as US viewers watched star Michael Phelps as well as new stars Katie Ledecky and Simone Biles dominate. Despite these exploits, Ryan Lochte became one of the Olympics’ biggest stories when his tale of being a robbery victim devolved into an international incident and a diplomatic embarrassment.

With his image now badly tarnished, he’s squandered millions in endorsement money and has been blamed for offending an entire country as it proudly hosted the Olympics. Once best known as Michael Phelps’ eccentric foil, Lochte now has much work to do to try and repair his reputation.

What can leaders learn from his mistake? What should a leader do after making a major mistake – especially if it’s a high profile one?

“You can be discouraged by failure or you can learn from it. So go ahead and make mistakes. Make all you can. Because, remember that’s where you’ll find success; on the far side.” – Thomas Watson

There’s an old saying, “It’s not the crime that kills you, it’s the cover-up.” Everyone makes mistakes. What’s important is to learn from the mistake and grow as a person and leader. If problems arise from your mistake, come up with a plan to fix the issues.

2. Don’t compound your mistake by telling a lie.

Don’t make the situation worse by distorting the facts. It’ll only worsen the issue and tarnish your reputation.

3. Don’t wait to admit the mistake

The situation is not likely to get any better if you try to wait it out & the problem is likely to fester. Always own your mist

ake.  Admit it as quickly as possible and apologize to those it impacted.

4. Model the way you’d like others to respond. Apologize in a sincere manner

Lochte was contrite about his erroneous original account in an interview that aired on NBC.

“That’s why I’m taking full responsibility for it, because I over-exaggerated that story,” Lochte told Matt Lauer. “And if I’d never done that, we wouldn’t be in this mess. … None of this would have happened, and it was my immature behavior.’’

5. Be clear on how you’ll resolve the issue

If you caused the problem, you are responsible for coming up with the plan to resolve it. The plan needs to address the actions that need to occur, the people who need to take them, and the amount of time you think the actions will take.

6. Inspire Others By Helping Them Learn from Your Mistakes

Focus on whatever positives can be gleaned from the experience. Your team stepped up to a challenge. You learned a valuable lesson. The team updated procedures and the company is better for it. There’s always some lesson that can be learned from a mistake.

“A good man apologizes for the mistakes of the past, but a great man corrects them.” – Goethe 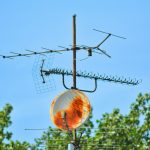