Marketing Leadership You Can Count On

You Don’t Need Marketing ‘Help’ – You Need a Crackerjack!

We take a holistic approach to brand building and promotion, leveraging digital, traditional, social and mobile marketing to make your brand relevant to your consumer. We understand that a 360-degree approach is about taking a broad view of your target audience journey, from discovery to engagement and across multiple devices and touch-points.  This approach comes from the experience of Richard Turner.

Currently, UX GM for Trideum, Richard was mostly recently Vice President, Digital for UP where he led the networks UP and ASPiRE’s digital businesses, including uptv.com, aspire.tv and social media platforms for the past three years. 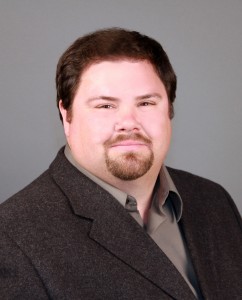 Prior to UP, Richard was Vice President, Digital Activations for TBS and TNT where he managed the networks TBS and TNT’s new media businesses, including TBS.com, TNTDrama.com and connected device experiences for six years.

Under Richard’s leadership, the TBS and TNT digital teams won more than 50 industry awards including Emmy and Peabody awards. TBS and TNT were also the first networks to work with multi-channel video programming distributors through Turner’s “TV Everywhere” initiative, which allows consumers to watch full episodes whenever and wherever they want upon authentication. The networks’ apps have been embraced by fans and critics, with the TBS iPad app chosen by Apple as a “Staff Favorite.”

Richard previously served as senior director of interactive marketing for TBS, overseeing the re-launch of tbs.com in conjunction with the introduction of the TBS Very Funny brand. Under Richard’s direction, TBS produced the first enhanced TV event for a network, ‘Cyber Bond,’ in 1997. He launched the first web site for TBS and had directed every incarnation of TBS.com since its inception 17 years ago.

Crackerjack: noun
1. a person or thing that shows marked ability or excellence.